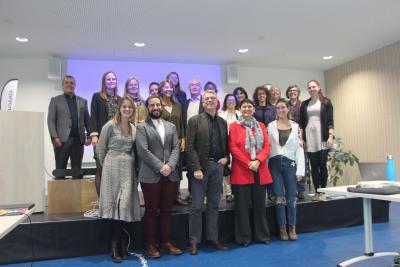 This meeting was hosted by the Flanders Marine Institute (VLIZ) at the new InnovOcean campus, which also houses the EMB Secretariat as part of the generous support provided by the Flemish Government for EMB.

The Board ratified the membership of FNRS, Belgium within the EMB IVZW, meaning that all former EMB members have now re-joined the new legal entity, EMB IVZW. A new member of the Executive Committee, Francois Lallier (Universites Marines, France) was elected, replacing vice-Chair Jeremy Gault (IMUC, Ireland), who has left his position and therefore EMB. The EMB Young Ambassador Alumni had an opportunity to update the Board on their recent activities.

In terms of science activities, the Board received updates on the ongoing working groups including Coastal Resilience, Marine Renewable Energy, Marine Habitat Mapping and Ocean Oxygen, as well as Deep Sea and Ocean Health which will kick off in 2023. It was agreed that a new EMB activity on Blue Carbon will be initiated. The Board was updated on the activities towards developing the new edition of the EMB flagship foresight publication series, Navigating the Future VI. An update was also given regarding EMB's engagement in ongoing H2020 projects EuroSea, EcoScope and BRIDGE-BS, as well as the EMODnet tender.

The Board received an update on EMB's support of the Ocean Decade as an Implementing Partner, including the "EMBracing the Ocean" Ocean Decade artist-in-residency programme and the Respect at Sea video.

Finally, initial information was presented to the Board on plans for the next edition of the EurOCEAN conference series, to be held in 2023.

An open session was hosted by VLIZ and focused on climate change, the carbon cycle and blue carbon. The session was opened by Jan Mees, CEO of VLIZ. The session featured expert presentations and a panel discussion, as well as opportunities for questions. The closing remarks were given by EMB Chair Gilles Lericolais. The presentations can be seen below: 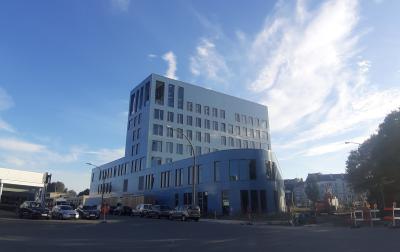