Marine Protected Areas (MPAs) are an important management tool to ensure the protection and sustainable use for marine ecosystems. The foresight activities on Marine Protected Areas developed a roadmap for introducing a network of ecologically relevant and coherent MPAs in European Seas and to strengthen the research basis to inform, engage and empower stakeholders in planning a network of MPAs.

EMB Science Webinar on The MPA Guide: A framework to achieve global goals for the ocean (October 2022)

EMB Science Webinar on The cells of ecosystem functioning: towards a holistic vision of marine space (September 2020) 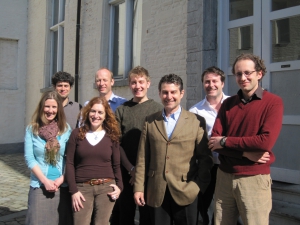 Marine protected areas (MPAs) are areas for which protective, conservation, restorative or precautionary measures have been instituted to protect marine biodiversity and endangered species to conserve ecologically sensitive areas and to assure the sustainable management of all human activities including fisheries, research, education and recreation. MPAs constitute a strong management tool and a key starting point to pave the way for Ecosystem-based Management of the marine environment.

Our foresight activities on MPAs investigated science needs and priorities to inform, engage and empower stakeholders in planning networks of MPAs across Europe and beyond.