The impact of the “new normal” on my early scientific career

In this blog article EMB Young Ambassador Natalija Dunić describes what the impact was from the COVID-19 virus on her career. 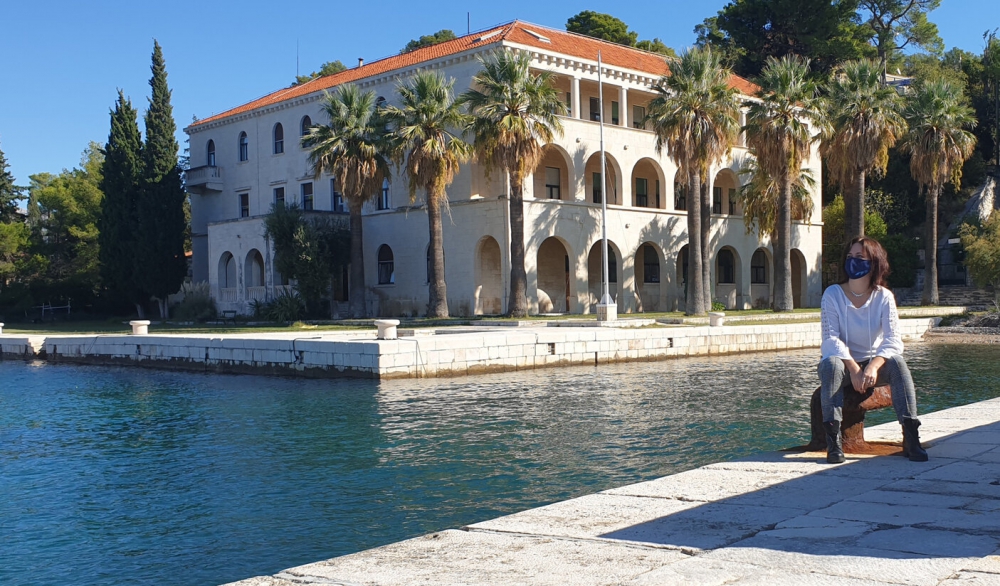 Last year, just about this time, I defended my thesis at the University of Zagreb, and gained a doctoral title. Finally, my “PhD period” of life was over. Or so I thought. To be clear, most of us PhD students are quite exhausted by the time the PhD programme ends, however, as all researchers know, this type of work is ongoing. After several months of waiting, but still continuing with my own research, I signed a contract for a postdoctoral position at the Institute of Oceanography and Fisheries in Split. In the meantime, I became a part of several new projects that have just arrived at the Institute. The work was just piling up, and I was in desperate need for a time-out, but there was just no time for that.

And then the unhappy February happened. It was just at the end of February that my colleagues and I returned from our last meeting abroad regarding one of the projects, which was held in Bologna, Italy. A week after that, everything changed. Northern Italy was in lockdown and the Croatian government announced the first person infected by the SARS-Cov2 virus in the country. About the same time I received an invitation to attend the first meeting with other Young Ambassadors of the European Marine Board. Several days after that, when almost all arrangements were made, the Head of our Institute, following the recommendations of the government, forbade all travel abroad. Similar things happened to the other Young Ambassadors, leaving all of us to have our first meeting online. Don’t get me wrong, the meeting went quite well, considering everything, but somehow it was just not the same.

Day after day, the situation seemed surreal as we were facing something that was unknown. Everybody thought that it would soon get better, and people waited for the good news. However, the situation in Europe got even worse. Not a lot of time had passed, and now most of us employed at the Institute started to do our work from home, as did most scientists all around Europe. At the beginning, almost everybody forgot about their own work. Was this the time-out from work that I was longing for all this time? Well, no. I have to admit, it was nice to finally get some sleep, but day after day it was not easy to watch the rising numbers of infected and dead people, not knowing how tomorrow will look. Our greatest occupation at the time was to be locked inside our own houses or apartments and watch the news. All of a sudden everybody’s main activity was to clean and stock their own houses, and soon all markets were left out of the basic supplies, such as toilet paper and cleaning products. And then there were questions, like: “What was the number of infected people today?”, “What were the new measures brought in today?”, “Is it safe to leave our residences?”, and the most important of all “When will all this be over?” At that time, even our government could not agree among themselves whether to wear a mask or not, which didn’t help the Croatian people. Nobody knew what tomorrow could bring.

Most of the local businesses were obliged to close due to the lockdown, and the economic situation did not look great. People were scared for their own jobs. Social life was kept at a minimum. All the café-bars and restaurants were closed, and you couldn’t see a lot of people hanging out outside. Personally, I was scared for the health and wellbeing of my family, while my own job was the last thing on my mind. I live in Split, alone, while my parents and my grandmother are living on a small island, about 150 km away from me, in a different Croatian county. One of the measurements of Croatia’s lockdown was banning the transit of people between the counties, and there was just no way for me to visit them in person. Luckily, all of them stayed in good health, and after a while I felt a bit relaxed.

Not long after, on 22nd of March, a fatal earthquake with a magnitude of 5.5 on the Richter scale struck the city of Zagreb, followed by a numerous strong aftershocks. Many buildings were destroyed in the heart of Zagreb, leaving people without a roof over their heads. People got scared, some of them my friends and my colleagues. Altogether, it seemed like the first 5 minutes of some trashy horror movie. Nobody knew how to act, or react to the new-coming situation. Since all of the country was already on severe lockdown, it was not easy to find a way to maintain social distance due to the COVID-situation and at the same time find shelter for all those people. But it was not a movie, it was really happening. We all got scared once again, including me, and it was not easy to concentrate on the work that was in front of me. The only thing left to do was to wait.

As the time passed by, we all got used to the “new” way of life, staying locked inside our own houses, ordering deliveries of basic groceries and supplies, while maintaining our social life mostly through social networks, messages, or Skype. The toilet paper and the basic cleaning products were back on the shelves, and several companies in Croatia digitalized their work in a quite short period of time, just to maintain their business. I drowned myself in work again, which actually helped me not to think about the horrible situation that was happening around me. And then I came across with the first obstacle. Since some of my work is connected with research from France and Spain, it was difficult to maintain connection with them. At the time, almost all of Europe was on lockdown, especially people living in those countries, and I was not able to maintain a normal flow of work with colleagues from abroad. Luckily, my former mentor helped me with other ideas, and I started to work on new research. Even though the setback with my main work held me, on some level this “new normal” was finally starting to feel normal. I participated in a few online meetings, some of them with the European Marine Board colleagues, and others regarding the ongoing projects. Since there was no way to participate in workshops or conferences, I enrolled a few online courses. After a while, when the measures of the lockdown were mitigated, my colleagues and I returned to the Institute.

Several months have passed, and the situation got a bit better. Zagreb was recovering from the earthquakes, and the infection numbers were finally starting to decline. The cafés and the restaurants reopened, and social life was again visible on the streets, however, with limitations. For a while it seemed that we all could soon “return” to our former way of living. But then, during the summer tourist-season in Croatia, the COVID-situation worsened ag

ain. The difference today is that the government seems more prepared, and we are not experiencing the severe lockdown as we did before. I have to admit that today my life feels more-or-less normal, as it did before the COVID-time. Even though it is not the same, at least the scary moments now seem like they are a part of a distant past. I did lose several months of my work, some because of the setbacks, and some because of the constant adaptation to the “new normal”. But I did not let this “new normal” completely stop me. These days, I am finishing the analysis of one research and I am about to start writing a manuscript for it. I am still going to the Institute every working day as I did before. The only difference is that now I am wearing a mask.