There is a long background of citizen participation in science but we are just beginning to understand how to use the outcomes of citizen science projects. The European Marine Board Working Group on Citizen Science identified marine research that are most amenable to citizen science input and assessed the benefits and constraints of increasing marine citizen science in the future.

News release (May 2017) and news article on document publication 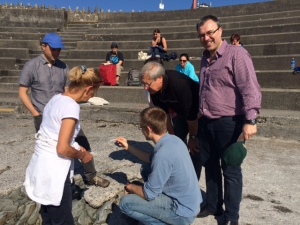 Citizen Science involves members of the public in the observation, analysis and eventually also the design of scientific research. Benefits include enhancing monitoring capability, empowering citizens and increasing environmental awareness. However, research on the process of studying and understanding the best ways to develop, implement, and evaluate Citizen Science is lacking and Citizen Science needs to be acknowledged as a distinct discipline. 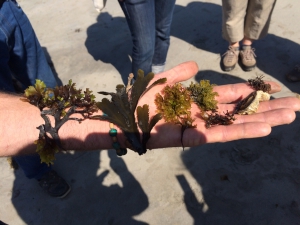 The EMB Position Paper (#23) entitled "Advancing Citizen Science in Coastal and Ocean Research" was published in May 2017 and officially launched at a workshop entitled "Citizen Science and the Future of Coastal Monitoring" during European Maritime Day 2017 on 18-19 May 2017, in Poole, UK and can be downloaded here. A Policy Brief to accompany the Position Paper followed and can be downloaded here.