From the Big Apple to the Fjords of Norway in 2020: Pursuing marine science dreams during a pandemic

In this blog article, EMB Young Ambassador Alessandro Cresci, describes what the impact was from the COVID-19 virus on his research and personal life.

American flags were waving from the skyscrapers of New York City on 5th Avenue. My wife Tara and I had been up and down this avenue many times, but this time, you couldn’t hear the typical noises of a regular weekday in the big apple. The only sound my ears could pick up was that of the wind blowing through the empty streets and avenues. No people walking or talking, no cars honking or passing by, no dogs barking. Nothing. What a loud silence. Tara and I were driving a big SUV we had rented down 5th avenue to move out of our apartment in Manhattan. We were exhausted. We had spent the last week preparing for an intercontinental move; getting quotes from international movers, finishing up visa applications, finding a new apartment across the Atlantic, all while the anxieties and fears of living through a pandemic weighed on us. We were going to do what we had planned for years: leave the US and move to the Norwegian fjords. 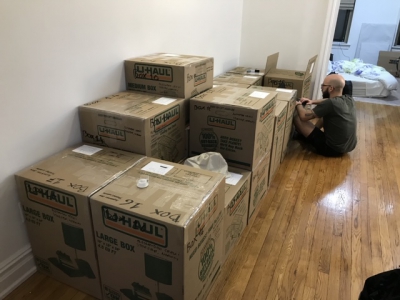 Tara and I met during our Ph.D. programs at the Rosenstiel School of Marine and Atmospheric Sciences at the University of Miami. I was studying the migratory behavior of fish larvae and she was studying marine genomics. We met in an idyllic situation: getting our PhDs in Marine Science in the warmth of Virginia Key in Miami. After she graduated, Tara started a career as Data Scientist in the private sector in New York City, where I joined her after finishing my studies.  Tara is a brilliant woman and scientist, and like me, she has a profound love for nature. She loved her job, but I knew she wanted to go back to a career in Marine Science. She missed the smell of saltwater and the sea breeze.

During my Ph.D. I had collaborated for years with an amazing group of scientists at the Institute of Marine Research (IMR) in Norway. Together, we managed to add incredible pieces to the puzzle of fish migrations, from the mysterious “glass” eels, to Atlantic herring and haddock. Through this collaboration, I felt we made significant progress in the knowledge of how fish find their way at sea. As most graduate students do, I worked long hours on many tedious tasks during my PhD. I was very goal oriented, and I knew exactly what I was working towards. I wanted Norway, the IMR, and this research group to be my future and my next step in my career in Marine Science. I wanted to do cutting-edge marine science while living by the sea.

It was the beginning of 2020 when I finally got to interview for a post-doc at the IMR. At the same time, Tara was interviewing with the Ocean Data Foundation in Norway. We were both preparing for our interviews after long days of work, while using masks and planning when/how to possibly get food from the store. The world was literally “imploding” while we were trying to move countries. We were dealing with the fear and logistical challenges of a pandemic and the anxieties that came with so much uncertainty about the future. While waiting for answers from our future employers, we were bombarded by news of thousands of people losing their jobs and hiring freezes. What if the pandemic was going to crash our Norwegian dream? Scary thoughts were just crowding my head while I was trying to remain positive. 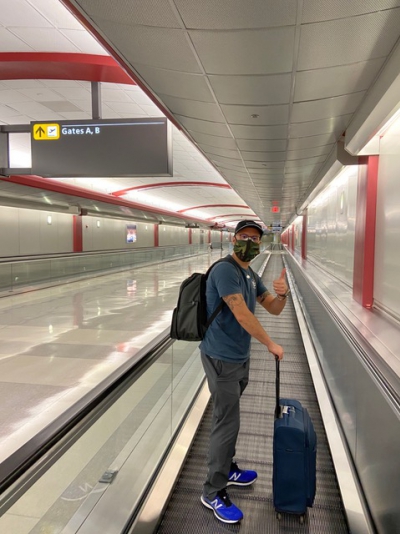 Eventually, we both got good news from our future employers. We were officially employed in Norway! However, we were not allowed in. Norway had closed its border and did not allow non-EU citizens without a residence permit to enter the country. Tara still didn’t have one, but she was married to me – a EU citizen, who was starting a job in Norway. Rules were not clear on the Norwegian immigration website, but we bought plane tickets and hoped Norway would let us in. Before leaving, we stayed at my mother and father in law’s in Virginia. We took off from Dulles airport in Washington D.C. and there was not a soul in sight at the airport of the American capital, not a single store or restaurant open. While connecting in Atlanta and Amsterdam on our way to Bergen, I remember the toll my N-95 mask took on my Italian nose after 20 hours of travel. I reme 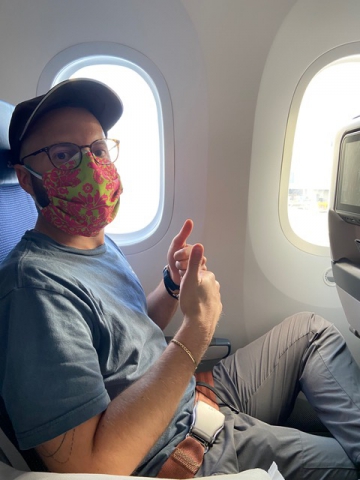 mber being exhausted at customs while they were questioning Tara in all possible ways. But at the end we finally made it through.

I was in Norway, ready for the next chapter of my career as a Marine Scientist. I was excited but destroyed. I was happy but concerned. I had many worries about how and whether my new project could ever take off with a pandemic happening. All the negative thoughts, however, suddenly disappeared when we reached our new home: a sea house (rorbu in Norwegian) by the water. It was small but we had all we needed: each other, the smell of the ocean and the sea breeze. 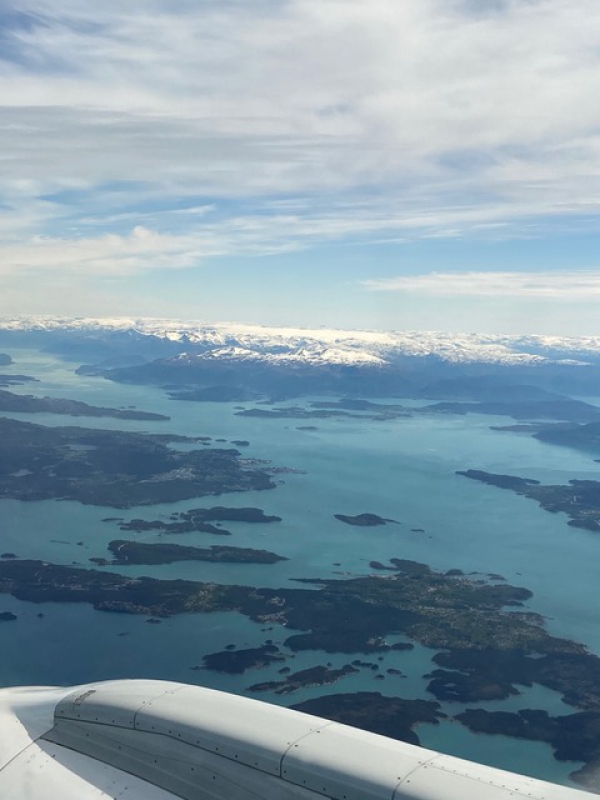