What is the “right way” of going through a pandemic?

In this blog article EMB Young Ambassador Alba González Vega describes what the impact was from the COVID-19 virus on her. 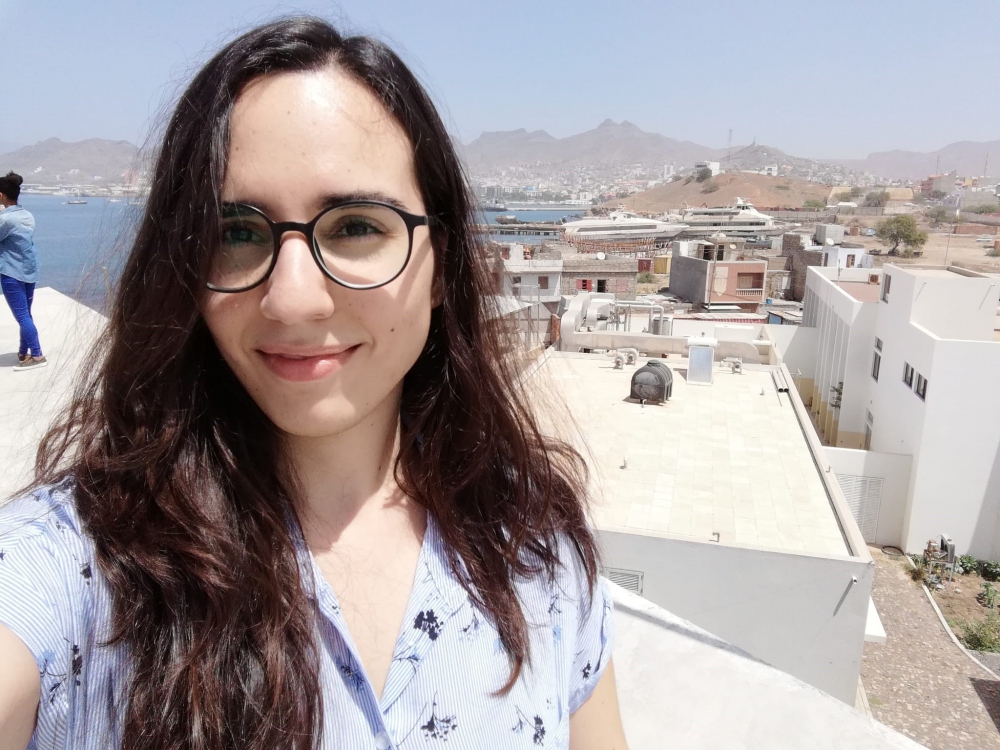 At the beginning of 2020, I was a second-year PhD student at the Spanish Institute of Oceanography (IEO) in the Canary Islands. Things were normal. We had heard of this new “coronavirus” in the news, but we saw it as something distant, nothing too concerning. In early March I was invited to attend a workshop in Mindelo, Cape Verde. By then the virus had reached Europe, but it was still perceived as something that could be contained. Cape Verde still had no COVID cases, so I was in an oasis of peace away from the chaos that was quickly starting to rise in many countries, and particularly back in Spain.

While I was in Mindelo, we started receiving news about the situation getting out of control. On 14 March, the same day I was flying back home, lockdown was declared in Spain. My itinerary had a stopover in Lisbon, and there were rumors that Portugal might close borders with Spain. So in the blink of an eye, I went from being completely oblivious to the problem, to not knowing if I could even make it home safely.

Luckily I was allowed to fly, and on 15 March I arrived at my apartment in Tenerife, where I live alone. My family lives on the neighboring island, Gran Canaria, but mobility was restricted and anyway I wanted to quarantine myself after traveling, so I spent the first two weeks locked in my 38 m2 apartment, while I watched the numbers of infected and deceased people rise every day in the news. Spain quickly became one of the worst COVID scenarios in the world.

In the third week, after making sure that I was not infected, I was able to travel to Gran Canaria to be with my family. We didn’t know that ahead of us were still three months of complete lockdown, plus one more month of gradual “de-escalation” to ease us into the so-called “new normal”. So I’m glad I didn’t have to spend all that time by myself.

In terms of how the pandemic affected my career, I was lucky enough to be able to work from home, but there were still some setbacks. Aside from the general consequences that we all faced (like meetings and events that had to be cancelled or moved online), the biggest setback for me was the loss of fieldwork. All the oceanographic cruises that were programmed for March-April were cancelled. Some of these were periodic surveys by the IEO that provide long-term time series. One of them was VULCANA, a project which studies the submarine volcanic and hydrothermal settings in the Canary Islands. Particularly, this project has focused on monitoring the active submarine volcano Tagoro since its eruption in 2011, providing one of the world’s largest and most exhaustive time series of physical-chemical and biological data from an active submarine volcano. This is the topic of my PhD research, so this meant missing some very relevant data that I was hoping to get from that cruise. Another long-term time series that was interrupted was RAPROCAN, a project that has provided biannual surveys in a deep hydrographic section across the eastern margin of the north-Atlantic subtropical gyre for over 14 years. These and many other time series will now forever present a data gap in the year 2020, which will affect the studies of seasonal, decadal, and long-term dynamics.

Still, at the beginning of the pandemic, the academic world stayed optimistic. We thought that this lockdown would be an idyllic writing retreat: finally we would have the time to write that manuscript, that proposal, that project that we had been postponing for so long. But we failed to consider many factors, one of which was key for me: mental health. This issue is often neglected and ignored in the scientific environment, something not to be spoken of, something private and almost shameful. But if we think about it, in the same way that we understand that an athlete’s career would be impacted if they suffer a physical injure – why shouldn’t we, as scientists, take into account the wellbeing of our minds? And for sure, a pandemic that has caused now over a million deaths worldwide and which has drastically changed and challenged our way of living, is bound to have some sort of impact on our mental health.

I strongly believe that we should start talking about these issues more openly, especially in the current situation. Personally, I am someone who is very prone to anxiety and mental blockage. Going into my PhD I knew that this was going to be challenging, but I could never have predicted something like this happening. During lockdown, every day was a lot: the constant raise of cases and deaths, the collapse of the healthcare system, the ever-changing government measures and recommendations, and above all, the constant concern for the safety of the most vulnerable loved ones. Meanwhile, I sensed an external pressure from colleagues and social media to “use this time” to get things done, to improve yourself, to learn new skills, to do extra work – when for me, just getting the bare minimum done felt like a struggle while I saw the whole world collapsing around me. Thankfully, with lots of effort and patience, I ended up finding new ways of dealing with this anxiety. Eventually I caught up on my work and I even managed to experience a glance of that famous “self-improvement” that I heard so much about. But the whole process was enormously difficult and exhausting.

The time I decorated and “camped” on my parents’ rooftop during lockdown to experience some outside time.

Of course, I am aware that I am one of the lucky ones. Some people had to deal with all these issues while also looking after their children full-time. Some people lost their jobs. Some even lost loved ones to COVID. But one thing is for sure: this has been challenging for everyone, in different ways. All of our personal circumstances were different, and no one knew how to deal with it, because none of us had experienced anything similar before. My take-away message is that there is no “right way” of going through a pandemic. Some people have taken this time to get tons of extra-work done, while others have had to put their biggest efforts on just getting through each day. Either way, it should be considered a success.