Tarmo Soomere inaugurated as President of the Estonian Academy of Sciences (28 January, Tallinn) 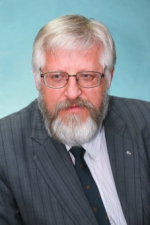 Today, the official inauguration of Prof. Tarmo Soomere, EMB vice-Chair, as President of the Estonian Academy of Sciences is taking place. The Estonian Academy of Sciences was founded in 1938 as an association of top-level scientists and scholars with commitment and responsibility to advance scientific research and represent Estonian science nationally and internationally. Elected as President for a five-year term on 15 October 2014, it is the first time a marine scientist holds this prestigious role in the history of the Academy. Prof. Soomere graduated as a mathematician from Moscow State University in 1980, received a PhD in oceanology in 1984 and a doctorate in mathematics in 1992. His scientific interests include theory and modelling of Rossby waves, internal and surface waves, nearshore processes, wave-induced hazards and preventive methods for coastal protection. He was elected as the first Professor of Coastal Engineering in Estonia in 2005 and currently holds the position of Head of the Wave Engineering Laboratory in the Institute of Cybernetics. Prof. Soomere takes on the position of President with an impressive record of achievement. In 2002 and 2013 he received the Estonian State Research Award; in 2007 he received the Baltic Assembly Prize; he was declared Person of the Year in Estonia for 2005 by daily newspaper, The Postman, for his contribution to the forecast of a devastating storm; he was elected to Academia Europaea in 2009; he was nominated as Honorary Professor of James Cook University in 2010; he received the Estonian Science Communication Award in 2011 and the III class Order of the White Star in 2013. Furthermore, he has published >160 research papers and many popular articles. Congratulations to Prof. Soomere on his new appointment.